“It takes fifteen pounds of wild fish to get you one pound of farm tuna. Not very sustainable. It doesn’t taste very good either.” ~ Dan Barber, Chef at New York’s Blue Hill restaurant

Memories from my childhood include fresh corn on the cob and Gulf of Mexico shrimp, but both foods today are fraught with conundrums. Corn is usually GMO-ridden and the sea’s bounty is declining due to overfishing.

Solutions for sustainability sometimes seem either too small or too complex to ever become commonplace. For example, I love the idea of having an urban garden, but I’ve never successfully sustained that practice. Imagine how excited I was to discover a new farming method that I’ve been calling relationship farming (a term made popular in the book The Omnivore’s Dilemma). This synergistic relationship farming occurs when several processes (and animals/plants) are combined to work better than they would alone. The focus is on biodiversity and establishing a healthy food chain as the foundation for a healthy and prosperous farm.

This has been done in a big way in Spain, at Veta La Palma. Once a natural wetland that was drained to provide grazing for cattle, this 27,000-acre farm now produces fish in near natural conditions, using a self-sustaining ecosystem that not only produces fish, but supports huge flocks of predator birds (more than 250 species of migratory birds use this farm as a stopover).

Miguel, the biologist who runs the farm, calls himself a relationship expert. He believes that farmers should be in the business of building relationships and not mass production. Every day, he facilitates the complex relationships that are part of the Veta La Palma ecosystem and how they all work together to create a rich, dense and complex natural system. (To learn more check out Ted.com/talks/dan_barber_how_i_fell_in_love_with_a_fish.html).

People are now suggesting a similar project for the Gulf of Mexico. That would be amazing, and I would become a lifelong customer. Here are some of the selling points. The farm is exceptionally productive. It restored and continues to support a natural eco-system. It is self-sustaining, because the farming practices align with nature. For example, the fish are not fed corn or soy, the food chain starts with microalgae that are produced naturally by the sun and waters. Then, tiny shrimp feed on the algae, larger shrimp on the smaller ones, fish on the shrimp, birds on the fish and then humans harvest the fish. The entire process effectively filters and cleans the river water that flows through the farm, making it cleaner than when it flowed into the farm. Best of all, the fish it produces taste amazing.

I have a friend that runs a small organic farm. Several years ago, he suggested a similar model for the forests, suggesting that we focus less on fences and more on improving the ecosystem, so farms can restore, instead of deplete the environment. What is exciting about the fish farm at Veta La Palma is that it also produces enough healthy, great-tasting food to feed people, not just conserve the environment.  It’s a simple solution that satisfies many. 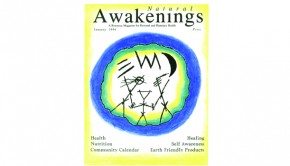 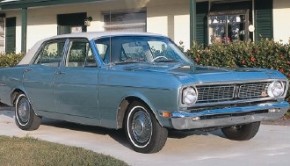