Making the Most of Cherished Time Together

The ancient Greek playwright Euripides, renowned for his Greek tragedies portraying strong female characters, was likely a decent dad. He wrote, “To a father growing old, nothing is dearer than a daughter.”

Entrepreneur and life coach Greg Wright, of Austin, Texas, updates the concept of this precious relationship in Daddy Dates: Four Daughters, One Clueless Dad, and His Quest to Win Their Hearts. He says that before the age of 30, God gave him a lovely wife; four girls, or “beginner ladies”; and a succinct mission statement: “Don’t mess up.”

Possessing an overwhelming compassion and protective instinct for each of his children, Wright decided early on “to teach them the right way to date and to treasure their specialness as much as I do.”

One of his chief assignments was respectfully modeling good dating habits for his daughters, a talent that doesn’t necessarily come naturally to dads. They may understand how significant a fathering relationship is to her self-worth in becoming a dauntless and independent adult, but may be uncertain how to make a proper investment spiritually and emotionally.

Healthcare marketing executive David Kinard, of Seattle, Washington, invests heavily in both his son and daughter. Having grown up in a separated family with no fatherly role model, he has focused on spending time with both kids, and knows it’s especially important for a girl.

“I wanted my daughter to know that I loved her for who she was and not for anything she said or did, and that she didn’t need to give her body away to find love.” He felt the best way to convey these truths was to provide dedicated time together. Wednesdays were without fail their date nights, beginning at age 4; dates are less frequent now that his daughter is 16, but even when the relationship feels at odds, dates have consistently brought them together.

“She always got to choose where we went to dinner,” Kinard recalls. “We’d sit for a long time, eat our favorite foods and play a silly card game.” They talked about anything, nothing, everything. “She glows when she talks about past dates,” he continues. “I have earned the ability to talk with her about the more sensitive subjects in her life such as boys, sex, friends and family.”

Seattle Pacific University Alumni Director Ken Cornell believes that bonding through dating his two girls, ages 14 and 17, is a true privilege. He says the same is true of his wife of 27 years. “It is so important to get away from the routine, to focus on each other,” Cornell remarks. “It’s amazing what is said when we give space for a relationship to deepen.”

His younger daughter believes, “It’s confidence building; it makes me stronger to be with someone who believes and has hope in me.”

Dressing up on occasion, holding the door open and allowing her to order for herself show respect and make her feel treasured. Later, if she doesn’t get that same level of respect on a first date with a boy, she will be less likely to schedule a second.

Cornell often worries that he doesn’t model enough of the love and honor his girls deserve. He finds grace in prayer. “I ask God regularly for wisdom and forgiveness to help me steward my relationship with my daughters and wife.”

The writer’s own family of six, including two daughters, has a long history of carving out precious time for refreshing fun. It naturally evolved from movies and petting zoos when they were young to canoeing and college campus events as they grew up.

“My boyfriends knew that if we were going to last, they had to impress my dad,” remembers our youngest daughter Amy, today a wife and esthetician living in Medina, Ohio. “It was important to know that my dad cared enough to engage in my life. When college life was chaotic, it was comforting to have a dad close to my heart. Our dates through the years allowed us to share stories, secrets and sorrows, and to laugh.”

Some of these activities may bring out the twinkle in any daughter’s eyes.

Join an ethnic cooking class. Then watch a DVD set in the corresponding country or region.

Be a Sport. Suggest doubles tennis or ride a bicycle built for two.

Volunteer at a local charity. Help others and then stop at the ice cream parlor on the way home.

Make a home drive-in. Decorate cardboard boxes together so they look like favorite cars. Then sit in them to watch fun movies like Toy Story or Up… and pass the heirloom popcorn.

Shop at the dollar store. Secretly spend one dollar on each other, and then unveil the gifts over a frozen yogurt treat.

Gotcha! Arrange with her school for her to leave school early for a surprise lunch date.

Clint Kelly Clint Kelly is the author of the Sensation series of thrillers and Dare to Raise Exceptional Children. 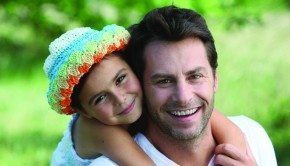 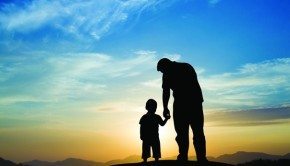 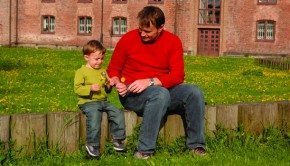 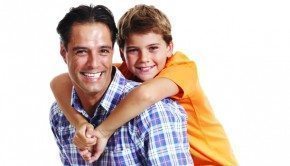 A Father’s Love is Critical →