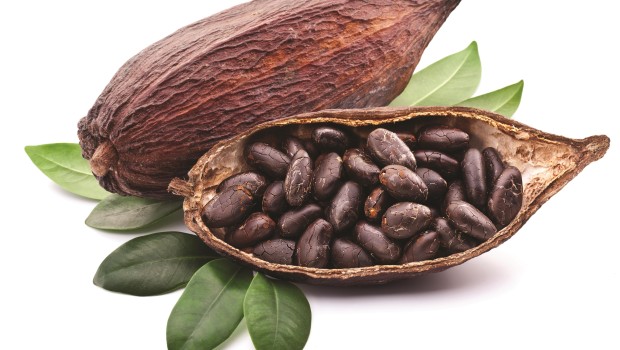 “Research tells us that 14 out of any 10 individuals like chocolate,” quips cartoonist Sandra Boynton. American chocolate lovers buy 58 million-plus pounds around Valentine’s Day, according to Nielsen Research. Ideally, the dark treat would be as healthy as a salad or an apple. Fortunately, accumulating research is on the way to giving plant-based chocolate superfood status.

All chocolate starts with cacao beans, seeds from the pods of the tropical cacao tree that thrives only in hot, rainy climates in Africa, Indonesia and South America. Local soil and climate conditions determine flavor characteristics, much as with grapes. Harvested beans are fermented to create the chocolate taste and then dried. Afterwards, chocolate makers add brand-specific ingredients to the cacao solids.

“The percentage number on a bar’s wrapper represents the weight that actually comes from the cacao bean content,” says Robert L. Wolke, professor emeritus of chemistry at the University of Pittsburgh and author of What Einstein Told His Cook: Kitchen Science Explained. “The higher the number, the lower the percentage of sugar and the less sweet, more bitter and complex the flavor.”

This is significant because dark chocolate contains higher levels of antioxidants which can help reduce cell damage, according to the Integrative Medicine Department at the University of Michigan, in Ann Arbor.

Alex Whitmore, founder of Taza Chocolate, in Somerville, Massachusetts, recently had one of its bars lab tested for antioxidant levels, called ORAC, or oxygen radical absorption capacity; the higher the value, the more antioxidants. Taza Chocolate’s 80% Dark Bar had a 65 percent higher ORAC than Himalayan goji berries, famed for being a superfood. “This is very high for a chocolate bar,” notes Whitmore.

Cocoa also serves as a superfood for cardiovascular and metabolic health, report two recent studies from separate teams of Harvard School of Public Health researchers. A 2012 meta-analysis of clinical trials published in the American Journal of Clinical Nutrition concluded that consuming dark, unsweetened cocoa powder and dark chocolate can improve blood pressure, vascular dilation and cholesterol levels, plus reduce metabolic precursors like diabetes that can lead to heart disease.

In 2011, Eric Ding, Ph.D., a Harvard School of Public Health epidemiologist and nutrition scientist, reviewed short-term trials of subjects ingesting 400 to 500 mg per day of flavonoid-rich cocoa, which he equates to 33 bars of milk chocolate or eight bars of dark chocolate. While Ding feels this is an unreasonable amount to eat because of the extra calories from sugar and fat, he states, “Supplements with concentrated cocoa flavonoids may perhaps be helpful for garnering the benefits discovered. The key is getting the benefits for heart disease while avoiding the calories, and for that, chocolate bars are not likely the best solution.”

Another observational study published in Nutrition shows that eating dark chocolate might help keep the pounds off for teenagers. Researchers with the Healthy Lifestyle in Europe by Nutrition in Adolescence program at the University of Zaragoza, in Spain, knew that chocolate consumption in adults already had been linked to lower body mass index. They found that chocolate consumption was also associated with lower total and midsection fat in European adolescents, reports Sayer Ji, founder of GreenMedInfo.com, a natural health research database.

“The quality and cocoa content they used in their research is probably much higher than in America,” says Ji. “From my perspective, it appears that even when researchers don’t control for type, the results across the board are rather startling. Even American subjects, presumably eating common milk chocolate bars, see benefits.”

So, this Valentine’s Day—and every day—we can happily relish that one-ounce piece of artisan dark chocolate melting slowly in our mouth and know we’re doing it for pleasure and for health.

Serve this with fresh raspberries and enjoy a little romance.

For the crust, combine the cookie crumbs, sugar and melted vegan buttery stick. Press this mixture firmly and evenly into the bottom, up the sides and just over the lip of a 9-inch metal pie pan. Bake on the middle rack of the oven until the crust is set and appears dry, 18 to 20 minutes. Remove from the oven and cool completely, about 1 hour.

For the filling, melt the chocolate chips with the coffee and vanilla in a medium metal bowl set over a saucepan of simmering water, stirring often with a spatula. Combine the tofu, melted chocolate mixture and honey in a blender or food processor until smooth, about 1 minute. Pour the filling into the crust and refrigerate for 2 hours or until the filling becomes firm.

A comforting way to enjoy the benefits of chocolate on a cold day.

Bring the rice milk, sugar, cocoa powder, salt, vanilla extract, cinnamon and cayenne pepper to a simmer in a saucepan over medium-high heat. Remove from the heat and whisk until frothy. Serve immediately.

Small-batch, artisan chocolate makers strive to make delicious chocolate in the purest, most ethical and sustainable ways possible. They often travel to meet the growers to source the best cacao beans (organic preferred), use fair trade principles and take a personal interest in making fine chocolate without filler ingredients. Here is a partial list of conscientious members of Craft Chocolate Makers of America: 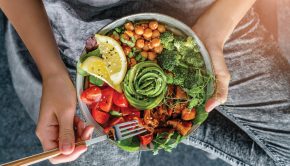 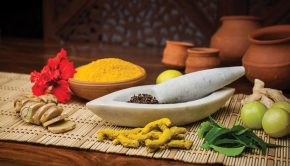 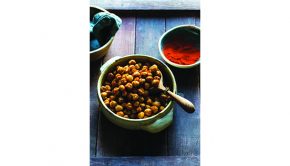