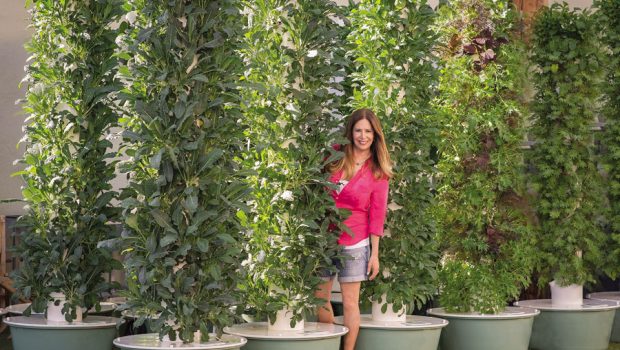 CROPS IN THE CITY

The average American meal travels 1,500 miles to reach its plate, according to the nonprofit Center for Urban Education About Sustainable Agriculture. Yet, enterprising green thumbs across the country are bringing the farm back to plate’s reach, growing hyperlocal food in backyards, on rooftops, through indoor farms and more. City farming reconnects urbanites to their food sources while bettering the environment, communities, diets and health.

Urban agriculture, harkening back to the Victory Gardens planted to ward off food shortages during World War I and II, is nothing new. While today’s home gardeners have staked out balconies, window boxes and vacant lots in this locavore resurgence, noteworthy pioneers are forging a path to organic urban agriculture on a commercial scale—tapping into new technologies and markets, and turning challenges like dealing with space constraints into fresh opportunities.

A View From the Roofs

Take Niraj Ray, whose company Cultivate the City is working to transform urban food deserts in the nation’s capital into thriving local food systems. “We want to get more people interested in growing their own food and show them how they can grow more with less square footage through vertical gardens and sustainable techniques like [soil-less] hydroponic systems,” says Ray.

Cultivate the City manages numerous gardens for clients around Washington, D.C., Like many other urban farms, Cultivate the City offers a seasonal farm subscription known as a community supported agriculture (CSA) program that allows city dwellers to buy directly from local producers. Ray’s rooftop greenhouse, located on top of a local hardware store that sells his edible plants at retail, offers all the fixings for a healthy, diverse diet: hydroponic towers of leafy greens, trays of microgreens for corporate clients, specialty varieties of hot peppers for the company’s hot sauce and stacking cubes of an albino strawberry variety that Ray crossbred himself. “There are so many ways to contribute to urban farming, from aquaponics to vermicomposting; it’s about finding your niche,” he says.

Growing Up With Vertical Farming

By 2050, it’s estimated that 9 billion people will be living on the planet—7 billion in cities. “City planners need innovative solutions like vertical farming to feed the growing population. We can grow at scale, with minimum space and environmental impact,” says Wendy Coleman, who began her California-based business LA Urban Farms in 2013. Today, Coleman’s team works with chefs, resorts, hotels, universities, greenhouses and corporate clients

like Google and Ikea to set up aeroponic tower gardens across the U.S. and Europe.

With aeroponics, nutrient-enriched water is pumped through a garden tower to shower the roots of plants suspended in air. “It actually uses 90 percent less water than conventional growing, which is a huge benefit in a place like California, and avoids any kind of agricultural runoff,” says Coleman. In conjunction with urban farming partners, the business churns out 30,000 seedlings a month using aeroponic technology to grow for their diverse client base and working with chefs to plan seasonal menus around their produce.

Aeroponics and other innovative farm technologies are transforming spaces in cities across the U.S., reclaiming peripheral and idle spaces like alleys and warehouses to grow herbs and vegetables in abundance, using 90 percent less land by growing vertically, notes Coleman. “With our gardens, diners can see their food growing at their table; they get such a personal connection with their food. It’s an interactive way for hotels and restaurants to demonstrate their commitment to local, sustainable food,” she says.

“I had a backyard garden that wasn’t doing so well, and I thought it was the lack of pollinators, so I got bees; but then I realized I was just a bad gardener,” quips master beekeeper John Coldwell, of Fort Lauderdale.

Since this humble beginning in 2012 with a few backyard hives, Coldwell and his wife Teresa have been leading a movement to repurpose public land for “microapiaries” and provide apiary education for youth and adults throughout South Florida. Through their entity The Urban Beekeepers, the Coldwells offer beekeeping classes, consult with local governments, sell equipment and rescue “feral hives” to integrate into managed hives. They’ve worked successfully with parks, airports, golf clubs and country clubs to put honeybee habitats on site.

Urban beekeeping works in synergy with city farms, as honeybees forage up to five miles for food, and in so doing pollinate a lot of crops. Seventy of the top 100 human food crops are pollinated by bees, according to the Food and Agriculture Organization of the United Nations. “We often hear people say their garden is doing better than it has in years, thanks to the apiaries nearby,” says John Coldwell.

The challenges of growing at scale are a recurrent theme among urban farmers. Ian Marvy, the U.S. Department of Agriculture (USDA) outreach specialist for the greater New York City area, ran his own urban farm, grossing six figures for 14 years. However, Marvy says most farmers growing in the city aren’t operating at a profitable scale or producing enough for everyone to eat local.

Even so, locally grown produce is a booming market in New York City. Greenmarket, founded in 1976, operates more than 50 farmers’ markets, limited to vendors that grow within a 200-mile radius, some of whom take home five figures on a good day, says Marvy. Interest in growing at the community level has also mushroomed, adds Marvy, who estimates that 90 percent of the city’s more than 500 school gardens weren’t there 15 years ago when he started this work. “The USDA has a huge opportunity here and nationally to make cities more sustainable and feed more people. I’m really excited and committed to that,” he says.

While urban agriculture efforts are sometimes criticized for catering to upper income residents that can afford to pay top dollar for specialty items like microgreens, many businesses and organizations are working on multiple fronts, with lucrative specialty crops helping to subsidize programs serving families lacking access to healthy affordable food.

Grow Ohio Valley takes an integrated approach to food sovereignty in Wheeling, West Virginia, and the Upper Ohio Valley. “This part of the Appalachian Rustbelt has lost much of its population, jobs and economic base over the last generation. We want to promote health and wellness through fresh food, while helping to transform the urban landscape from falling-down buildings and vacant lots into productive community assets,” says founder Danny Swan.

The operation’s food hub aggregates produce from small local farmers, providing a guaranteed market for their produce and the opportunity to reach a larger market, usually only served by food  grown thousands of miles away. The produce is supplemented by four urban farm sites run by the organization, including an apple orchard on the site of a demolished housing project.

Their latest project, the Public Market, is a retail location on Wheeling’s Main Street that will serve as a year-round farmers’ market. The organization is also building alliances between local farmers and healthcare providers through a project called The Farmacy. A partnership with a local free clinic, it targets people suffering from diabetes and other diseases linked to poor diets with a doctor’s prescription for organic produce offered free through the organization’s CSA

These urban agriculture pioneers are helping to not only grow food, but community, and are nurturing renewed connections to the Earth. City growing has so many benefits: decreasing packaging, costs and food miles traveled, making it easier to eat organic seasonal food and a more diverse diet. “The connection people feel when they plant seed and get to harvest the mature plant is transformative. Growing food is something we can all do to make a difference, for our health and the environment,” says Coleman.

For those interested in trying home growing or supporting metro area farmers, here are some resources for eating food grown in and around your zip code.

The U.S. Department of Agriculture’s Urban Agriculture Toolkit walks prospective city farmers through all of the necessary steps to planning a successful urban agriculture operation, from soil testing to accessing financing. Tinyurl. com/UrbanAgriculturalToolkit.

UrbanFarming.org features a clickable map of community gardens in the U.S. and beyond where neighbors can connect and grow together. 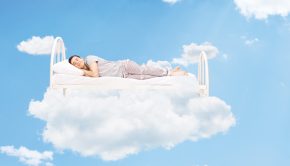 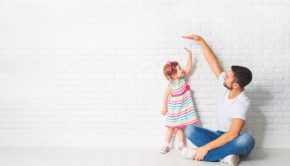 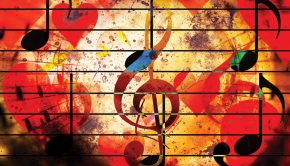 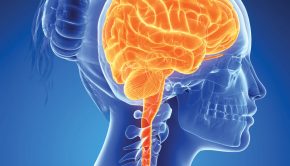