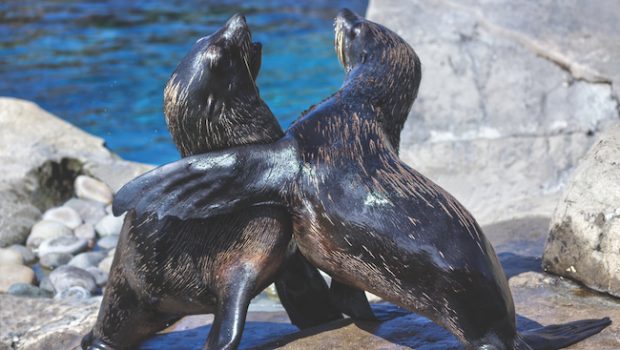 In 1969, there were only 100 South American fur seals and sea lions along the coastline of Lima, the capitol of Peru, but that has increased to more than 8,000 today, thanks to local fishermen that have realized over the intervening years that a balanced ecosystem benefits all. Once hunted almost to the point of no return for their pelts and because they ate so many fish, the sea mammals have slowly rebounded since Peru established its first marine protection area there in 1979, the Paracas Marine Reserve. Today, the Fishermen’s Union has defined these areas, in which each local fishing collective is dependent economically, and has assigned responsibility to that group for protecting those marine resources. Impetus for species protection is also being driven by the rise of tourism and artisanal fisheries.

The International Union for the Conservation of Nature, which maintains a “Red List” database of species and the degree to which they are threatened with extinction, has also been involved. It also compiles a “Green List” to recognize global best practices for area-based conservation, a program working with marine reserves along the Pacific coast.