Hundreds of people are diagnosed with cancer in Atlanta on a daily basis. A growing number are turning to natural healing methods to cure their cancer, keep it from recurring and find optimal health in the most challenging times. These inspirational stories carry a common thread of using natural therapies. All of these women used diet changes, detox therapies, herbal products and emotional healing to rid their body of disease-causing toxins. They serve as role models for using God-given, nature-provided remedies to keep away illness for good.

Dr. V, author of The 7 Essentials
Dr. Veronique Desaulniers considers herself fortunate. When she found a lump in her breast, she knew exactly what to do. With years of formal training in chiropractic, naturopathy, homeopathy, bio-energetics and thermography, she knew of a better alternative than the “big three”—chemotherapy, radiation and surgery.

Instead, Desaulniers opted to use an evidence-based natural medicine approach. She alkalized her body and juiced, detoxed with specific herbs and colonics and kept her electrical energy balanced with an acupuncturist and chiropractor. Desaulniers also did emotional healing, cleaned out metal fillings from her mouth and used therapeutic herbs and plants for damage control.

Finally, Desaulniers applied black salve to the lump. She recommends this treatment only for those who have found the root of their cancer and are under the supervision of an experienced doctor.

When all is said and done, Desaulniers, known as Dr. V, feels that the healing journey transformed her into a calmer and happier person. She puts total confidence in the power of natural medicine after using it to conquer serious illness. She now devotes her time to sharing her personal, non-toxic healing journey. She created The 7 Essentials, a step-by-step guide for healing and preventing breast cancer naturally, and her website, BreastCancerConqueror.com, has changed the lives of thousands of women around the globe.

Brenda Cobb, founder of Living Foods Institute
In 1999, Brenda Cobb was diagnosed with breast and cervical cancer. Until that time, Cobb says, she ate like a typical Southern girl. Family reunions would boast several kinds of meat, sides loaded with cheese and white flour, overcooked veggies and mounds of sugary desserts.

Cobb had lived through the trauma of her mom and aunts’ experiences with similar cancers. They utilized the treatment plans laid out by their doctors and either died or lived with severe side effects until the next round of illness hit them with increased vengeance. She knew traditional, toxic treatments were not the way to save her life.

Cobb’s research led her to Dr. Ann Wigmore, wheatgrass juice, energy soup, Rejuvelac, veggie kraut and organic raw and living foods, along with colon cleansing. She completely changed her diet, cleansed with enemas and colonics and did wheatgrass implants. Cobb also dedicated energy to healing her mental and emotional self. Within six months, her cancer was gone.

Cobb’s doctor, Dr. William Richardson, was amazed, and wrote the forward to her book, The Living Foods Lifestyle. The year she was diagnosed, Cobb opened her Living Foods Institute and began helping hundreds of people from around the world heal from cancer and other illnesses.

When asked if diet and lifestyle changes work for everyone to heal cancer, Cobb says it depends on the person. Someone that is so resistant to change that they don’t believe they can heal will sabotage their success. On the other hand, Cobb has seen patients with fourth stage metastasized cancer that have been told there is no hope. They put in the work, believe in what they’re doing and heal in miraculous ways.

“I have found that the emotional healing is by far the most important thing,” shares Cobb, “Positive thinking and healing old emotional stuff is more important than the food or the cleansing. But when they are all combined—emotional healing, managing stress, cleansing and detox, nutritional food—the synergy miraculously heals the body.”

Cortney Campbell, coordinator of Healing Strong Cancer Conference and Retreat
For Cortney Campbell, the discovery of a lump in her neck was intimidating and frightening. Just out of college, Campbell opted to wait for a biopsy, took antibiotics and watched the lump shrink—but only temporarily. Four years later, she found a new lump in her armpit. Campbell was diagnosed with nodular lymphocyte predominant Hodgkin’s lymphoma and told she’d need chemotherapy and radiation, with probable side effects that include nausea, hair loss, mouth sores and infertility.

Her husband Kevin (they were married only three months when Campbell was diagnosed) began a search for alternative cancer treatment, which led him to Jerry Brunetti, who healed his stage 3 non-Hodgkins lymphoma with nutritional therapies. Kevin also ordered various books on alternative cancer protocols, including Bill Henderson’s Cancer-Free: Your Guide to Non-Toxic Healing.

Campbell struggled to come to terms with the idea of natural healing. She asked herself why doctors continued to use traditional, highly toxic methods if the alternative natural treatments were so much healthier and more effective. Trusting that her husband was onto something, she decided to give it three months of solid effort, and immediately began following Henderson’s regimen. This included flaxseed oil with breakfast, a series of vitamins and supplements and an immune booster called beta glucan.

Campbell maintained a diet of strictly raw vegetables and juices, limited her fruit intake to two a day, and completely cut out sugar, meat, caffeine and processed or cooked foods. She discovered Atlanta’s Living Foods Institute and registered, with Kevin, for the 12-day course. Campbell found new ways to enjoy raw foods there, helping to combat the depression she originally faced committing to a diet of raw veggies, when all around her people were feasting on rich, sugary foods.

Campbell used colonics, began drinking Essiac tea and bought an alkaline water ionizer. She and Kevin began sprouting, juicing and preparing all kinds of living foods. To monitor the cancer, she began HcG testing and saw significant progress in fighting the cancer’s presence. At a follow-up visit to the oncologist, the tumor was undectable. It had shrunk completely.

Upon discovering that she was pregnant, Campbell faced an uphill battle with an OB/GYN that refused to treat her because she wasn’t “dealing with her cancer,” and family and friends that expressed skepticism about their decision from the beginning. She made a conscious decision to block negative feedback and turned to positive and prayerful thoughts. Morning sickness precluded eating anything green, so Campbell survived on almond butter, apples and organic saltines.

Six months to the day of beginning her natural cancer treatment protocol, the doctor gave Campbell and her husband the amazing news that she was in remission. The couple was blessed with two beautiful, healthy girls, and Campbell will celebrate her five-year remission anniversary in October.

“I celebrate this fact, but don’t use it as an excuse to go back to my old ways,” Campbell shares. “My diet may not be as extreme as it was in the beginning, but I still avoid refined sugar and processed and conventional foods as much as possible.” She believes that there is a place for conventional medical treatment, intervention and monitoring, but both she and Kevin believe that God gives us all fully functioning, self-healing bodies that when brought back to their original healthy state, can fight off cancer and other illness. Campbell created a blog to outline the changes she has made and hopes to inspire others to heal naturally and look at health as a lifetime journey.

Cortney Campbell’s story is excerpted and adapted from her blog, GreenDrinkDiaries.com, where readers can see the full story and find out more about natural healing from cancer. 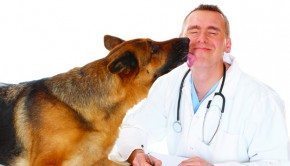 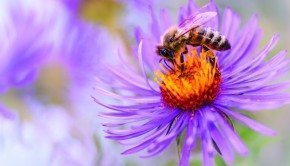 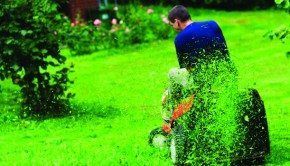 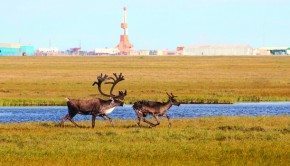