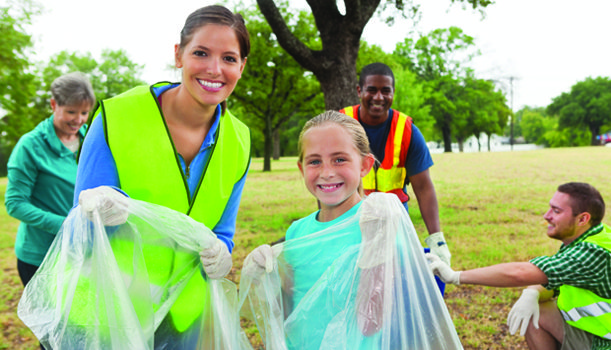 Doing Good During Time Away

Ken Budd, former executive director of AARP and current editor-in-chief of Currents magazine, says, “I was approaching 40 when my dad died suddenly, and at the funeral, I heard people say how he’d changed their lives. So in midlife, I decided to change mine.”

Budd, who lives with his wife in Burke, Virginia, says, “Not everyone can join the Peace Corps, but they might share a week or two of vacation time.” Nine months after Hurricane Katrina, Rebuilding Together was looking for unskilled labor to help in New Orleans.  So he helped prep homes for incoming electricians, plumbers and carpenters, and then painted. He was hooked, and has subsequently volunteered in China, Costa Rica, Ecuador, Kenya and the West Bank. His award-winning book, The Voluntourist, details his experiences.

Megan Wieder, a high school senior in Titusville, Pennsylvania, mulched trails and painted park equipment and homes during her week in New Orleans as a volunteer for People to People, which hosts future leaders for such projects. “I learned I can help others,” she says.

This October, the Sierra Club’s New Jersey Seashore Service will assist the Natural Resource Education Foundation of New Jersey with its forest, marsh and meadowlands conservation efforts. The project will simultaneously allow participants to observe the aftermath of Hurricane Sandy along the shoreline, as well as in nearby communities.

The Sierra Club’s August trip to Mt. Rainier, in Washington, will train volunteers to work with the National Park Service in repairing hiking trails and building restraining walls at an elevation of 6,600 feet. Stunning views grace the two-mile hike from the Sunrise Visitor Center. Volunteer organizer DiDi Toaspern observes, “We are doing work that wouldn’t get done otherwise due to budget restraints. Even removing invasive plants helps to protect native species and nesting areas.”

This fall, volunteers in New York City’s Bronx borough will also help the city parks department clear an overgrown 60-acre area surrounding the gardens of the Bartow-Pell Mansion, built in 1836, a museum for 19th-century furnishings and decorative arts since 1946.

Sonnenberg Gardens & Mansion State Historic Park, in Canandaigua, New York, features nine separate gardens—stylized as secret, Italian, Japanese, rose, blue and white, pansy, moonlight, old-fashioned and rock gardens. Each May, volunteers learn to plant decorative designs that can involve up to 8,000 plants, and others maintain the gardens throughout the summer.

There’s something for everyone in the emotional, spiritual and physical challenge of voluntouring. “Upon arrival, one’s first thought is, ‘What have I let myself in for?’ but upon returning home, you step back and see the value,” advises Budd. “Volunteers don’t change the world so much as they change the way people see each other through shared experiences.”

Do research. Don’t overlook small organizations. Review testimonials from volunteers and communities served. Ask questions to see if the project is a match for personal skills. How long has the organization been operating? Is advance work required, such as an essay on interests and expectations? What’s the cost, what does it cover and is it tax-deductible? (If an organization is more interested in a credit card number than in-person contribution, go elsewhere.)

Give feedback. It’s the best way for a program to improve. Expect good customer service.

Spread the word. Get the most out of the experience, and then tell friends about it.

Proceeds from Ken Budd’s book, The Voluntourist, are donated to international children’s and wildlife organizations. Find tips and links to resources at TheVoluntouristBook.com.