City kids are often taught that nature is out there beyond the city limits, but one science educator and photographer […

Experts at the Rowett Institute of Nutrition and Health, at Aberdeen University, in Scotland, have created a new menu plan […

Properly ventilating and frequently cleaning our homes and offices are both important to our health, concludes a new European study [… 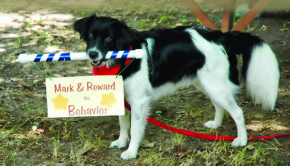 Scouts, badges, troops and summer camp—they’re not just for kids anymore. Dog Scouts of America is a new twist on […

Cycles of Growth Cultivate Our Divinity “Gardening is not about having or taking; it’s about giving,” says Connecticut psychotherapist Gunilla […

Humans are inherently social creatures. Most of us enjoy the company of others and spend much of our waking time engaging […

From “Why Me?” to “Thank You!” ~ Wayne Dyer on the Value of Hard Lessons

GLUTEN-FREE ON THE GO, Safe Eating Away from Home

In recent years, Pediatrician William Sears has seen many more cases of asthma and eczema in his San Clemente, California, […